John Kern, MD
Professor, Department of Psychiatry and Behavioral Sciences at the University of Washington

The Third Annual Dr. Richard C. Christensen Memorial Advocacy Day took place this past Friday on April 27. This year’s featured speaker was John Kern, MD, a clinical professor in the Department of Psychiatry and Behavioral Sciences at the University of Washington. He presented on “Engaging with the Mortality Gap: Evidence and Experience with the Special Needs of the Seriously Mentally Ill.”

Dr. Richard C. Christensen was a community psychiatrist and a professor at the University of Florida. Tragically, his life was cut short in November 2015 when he was hit by a motor vehicle while out for a morning run. On that fateful day, he was doing what he did best — serving others. He had traveled to the nation of Zambia to help build homes with Habitat for Humanity International. Closer to home, Dr. C., as he was affectionately known by many, worked in underserved communities in Florida. His community psychiatry practice took him out of the clinic and onto the streets, where he cared for people with mental illness who were homeless. “He was incredibly compassionate, and he dedicated his work and his life and his career to taking care of the homeless,” said Dr. Jacqueline Hobbs, Vice Chair for Education in the UF Department of Psychiatry. “I always say he’s an angel. He was just an amazing human being, and I miss him terribly.”

A pioneer of “street psychiatry,” Dr. Christensen worked at Jacksonville’s Sulzbacher Center, which provides services for people who are homeless or at risk of becoming so. There he served as director of Behavioral Health Services and worked on the “HOPE team,” riding around town so he could treat people where they were. He was the medical director for a federally funded initiative to treat people who were chronically homeless and who had co-occurring disorders, and he also developed an integrated psychiatry-primary care initiative based at UF Health. An accomplished teacher, he was a professor of psychiatry in the UF Department of Psychiatry, twice — in 1996, and posthumously in 2016 — earning the Hippocratic Award conferred by UF College of Medicine graduating students to a faculty member who, to them, represents the ideals of what a physician should be. Dr. Christensen also earned the UF College of Medicine Exemplary Teacher Award in 2011, 2012 and 2013. He was a prolific researcher, publishing more than 100 peer-reviewed articles, book chapters and reviews.

Coalitions of Dr. Christensen’s friends, family, colleagues, former students, and former patients have banded together to create a number of projects to honor his legacy. These include, but are not limited to, a clinical handbook of his articles called the “PEARLS,” an ethics curriculum grounded on his articles, a teaching website in progress (christensen-project.psychiatry.ufl.edu), a Habitat for Humanity build, a memorial tree planting, a community psychiatry fellowship, a memorial scholarship, and the annual Advocacy Day.

In 2016, the first Advocacy Day speaker, Dr. Kim Mueser, Executive Director for the Center for Psychiatric Rehabilitation at Boston University, gave a lecture on “Illness Management and Recovery: An Introduction and Research Update” following the reception. Last year’s Advocacy Day speaker, Dr. Sheryl Fleisch, assistant professor of psychiatry and behavioral sciences at Vanderbilt University, delivered the memorial lecture and psychiatry grand rounds. She spoke of how she had been inspired by Christensen’s humanitarian work and mentorship to start the Vanderbilt Street Psychiatry program to treat homeless people with mental illnesses in their own environments. She also helped create a network to provide outpatient care, medication and housing for patients without stable homes living with mental illness.

This year’s Advocacy Day began with a breakfast meeting of mental health leaders in Gainesville and the surrounding community, allowing them to speak with Dr. Kern, this year’s speaker, about Gainesville-specific issues and gain his insights. After this breakfast, participants constructed “manna bags,” which contain amenities that ease the difficulties of living on the street, for homeless individuals. Each manna bag also contained a card detailing resources in the Gainesville area. During the manna bag construction event, recreational therapist Maggie Hannon facilitated a group canvas art project, and Arts in Medicine musicians Sofia Sirocchi, Moses Choi, and Maria Kuge performed.

Before the CME lecture by Dr. Kern, Carol Lewis, PhD, a professor with the University of Florida Department of Psychiatry, led the audience in a brief mindfulness meditation. Dr. Kern’s lecture focused on the training and implementation of integrated psychiatric and primary care services, an area where he has been an innovator for nearly ten years. 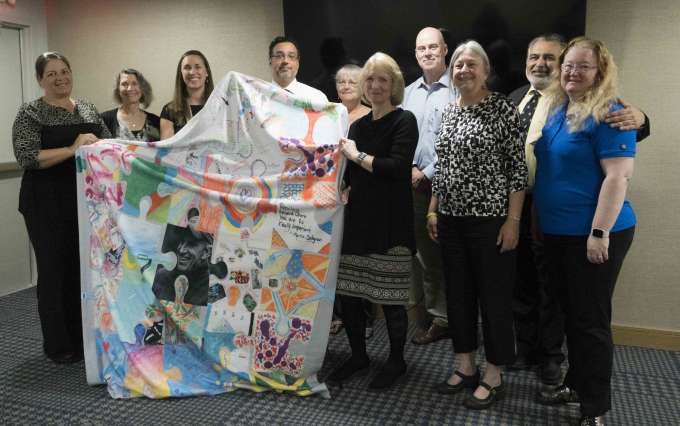 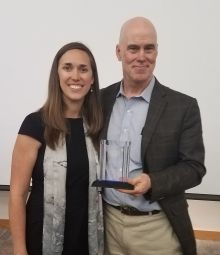 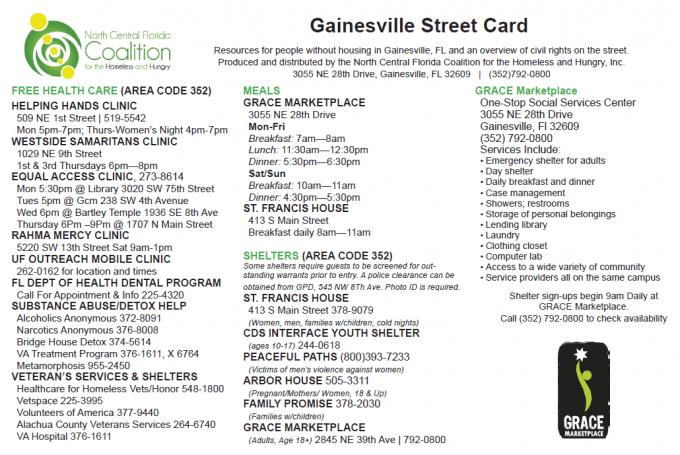