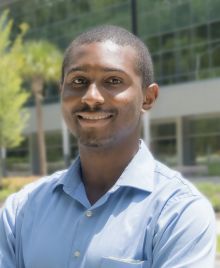 Dr. Anyiam completed his undergraduate degree in Chemistry at Drexel University in Philadelphia, PA. He completed his medical degree at Ross University School of Medicine. Upon completion of medical school, he moved to Gainesville, FL where he completed his general psychiatry residency training at University of Central Florida, HCA GME Consortium. During residency, Dr. Anyiam took an interest in early intervention of youths with mental illness which led him to join the University of Florida Child and Adolescent Psychiatry Fellowship. He ultimately aims to pursue a career in treating patients of all ages. During his free time, he enjoys basketball, rock climbing, martial arts, movies, and spending time with family and friends.

Dr. Jo was born in Seoul, South Korea and raised in Miami, Florida. He completed his undergraduate degree in biology and mathematics at the University of Miami and completed medical school at the University of Miami, Miller School of Medicine. Dr. Jo was also involved in the Miami IDEA exchange, offering primary and mental health care to people who inject drugs in Miami. He stayed in the greater Miami area to complete general psychiatry residency training at Aventura Hospital and Medical Center. During his education and training, he grew an interest in children and adolescent psychiatry, specifically in addiction in youth and pediatric pscyho-oncology. He chose the University of Florida because of their strong academic faculty, offering plenty of opportunity for patient care and research. He plans on practicing in an academic setting and being involved in both medical student and resident education. He enjoys traveling with his family, cooking, gardening, video games, and supporting the Miami Hurricanes. 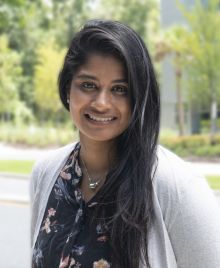 Dr. John was born and raised in Chicago, Illinois. She completed her undergraduate degree in Psychology at College of the Holy Cross in Worcester, Massachusetts. She then went abroad to medical school. Upon completion of medical school, she moved to Miami, Florida for general psychiatry residency training at Larkin Community Hospital. During residency and medical school, she took an interest in children and adolescent psychiatry due to the importance of early intervention, diagnosing, and treating mental health. She chose UF due to their family friendly environment and strong academic teaching. She plans on doing a mix of inpatient and outpatient psychiatry upon graduation. She enjoys traveling, spending time with her family, friends, and golden retriever, and exploring new restaurants. 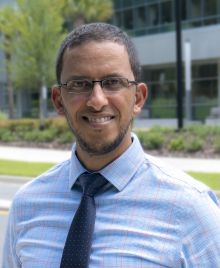 Dr. Muzwagi was born in Arizona and grew up in Libya. He graduated from the University of Tripoli, Libya and moved back to the US to pursue further training. He finished his residency at Texas Tech University and then moved to Gainesville to pursue a child and adolescent fellowship at the University of Florida. Dr. Muzwagi’s special interests are neurodevelopmental disorder, mood disorder, and psychosis. Once he completes his fellowship, he plans to pursue an academic position. In his free time, Dr. Muzwagi likes to spend time with family, hiking, jogging, and exploring Florida and its beaches. 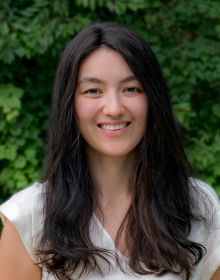 Dr. Kovic completed her undergraduate degree at Connecticut College with a major in biochemistry. She then obtained her medical degree at the University of Connecticut School of Medicine. During her time in medical school, she also completed a Masters of Public Health (MPH) degree. She went on to complete her adult psychiatry residency training at the University of Massachusetts T.H. Chan School of Medicine. Throughout her medical training, she developed an interest in the role of food in mental health. While in medical school she completed an internship at a non-profit organization advocating for the removal of junk food advertising directed towards children, and for her MPH thesis she studied the effectiveness of national junk food marketing policies. As a psychiatry resident she led in the development of a hands-on, medical student-run nutrition program for people living with serious mental illness. Additionally, she has spent several years as an editor for medical education materials. Outside of psychiatry, Dr. Kovic enjoys spending time with her family, traveling locally and abroad, hanging out at nearby farmer’s markets, and cooking healthy meals. 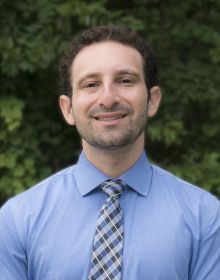 Bio: Dr. Silverman was born in Boca Raton where he attended Pine Crest Prepatory School. He played on multiple athletic teams, learned to play the cello in the orchestra and took part in multiple community outreach projects to help improve the community in South Florida. He attended the University of Florida through the Honors Program and continued to participate in community outreach projects, including international projects. He earned his BS in Food Science and Human Nutrition as well as Minors in Leadership and Communication. While at UF, he was awarded multiple research grants from the Howard Hughes Medical Institute as well as the University of Florida Scholars Program.  After graduation, he traveled to Grenada to attend medical school and continued working in community outreach projects, which he continued during his third and fourth year of medical school in Georgia and New York. He worked with Dr. Nadine Kaslow at Emory University while participating in clinical rotations to publish a research paper that examined factors of intimate partner violence. After successful completion of medical school, he moved to begin his general psychiatry training in New York, where he continued his research efforts and published multiple papers as well as participated in multiple national conventions as well as an international convention. Dr. Silverman’s professional interest involves working with children and families to understand family dynamics and improve communication between family members, which has led to his interest in child and adolescent psychiatry through the UF Fellowship Program. His professional interests include working with children with neurodevelopmental disorders and mood disorders. Outside of work, Dr. Silverman enjoys spending time working on fitness and nutrition, playing intramural sports, participating in competitive races, writing poetry/conducting research and whenever and wherever possible participating in outreach projects to help improve the community he lives in. 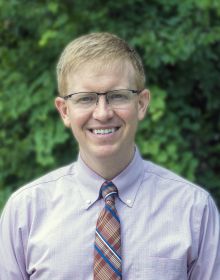 Dr. Thompson hails from the great state of Virginia where he completed his undergraduate studies at William and Mary and later medical school at the Edward Via College of Osteopathic Medicine. He was thrilled to fast track from the general residency program at the University of Florida and is looking forward to continuing his training with the Child and Adolescent team. His passion for working with children and adolescents began during his time as a camp counselor where he led wilderness trips in the mountains of Pennsylvania. He later spent several years working in church related ministry in Northern Virginia where he also completed a fellows program in leadership and community service. Outside the clinic, he enjoys running, backpacking, camping (in the winter), kayaking the springs around Gainesville, and avoiding Florida’s numerous insects and sweltering sun.