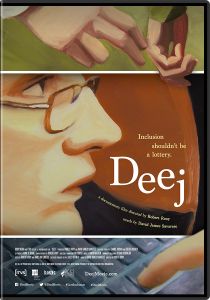 On April 2nd, the Center for Autism and Related Disabilities hosted a screening of the movie ‘Deej’.

The movie used Deej Savarese’s own words and poetry to tell his story, with documentary footage throughout and animation included for the poems. Deej’s educational journey started in Alachua County at J.J. Finley Elementary, and he was adopted by his parents after suffering abandonment by his birth mother and abuse in foster care. His mother, Emily, was an assistant director of CARD.

Something special for our screening in the Reitz Union: Deej and his mother came for a Q&A. Deej’s friends and supporters in Gainesville were there, too!