On October 5th, Adriaan Bruijnzeel, PhD spoke at the DEA Lecture Series in Washington, D.C. The title of the series presentation was “A New Look at Old and Not so Old Drugs: Marijuana”. Dr. Bruijnzeel’s talk was titled “Original brain studies prove second hand Marijuana, like tobacco smoke, is addicting”.

The DEA Museum, with the support of the DEA Educational Foundation, hosts a monthly lecture series each Spring and Fall. This unique program features a variety of speakers from the past and present ranks of the Drug Enforcement Administration as well as guest speakers from a variety of organizations and backgrounds. 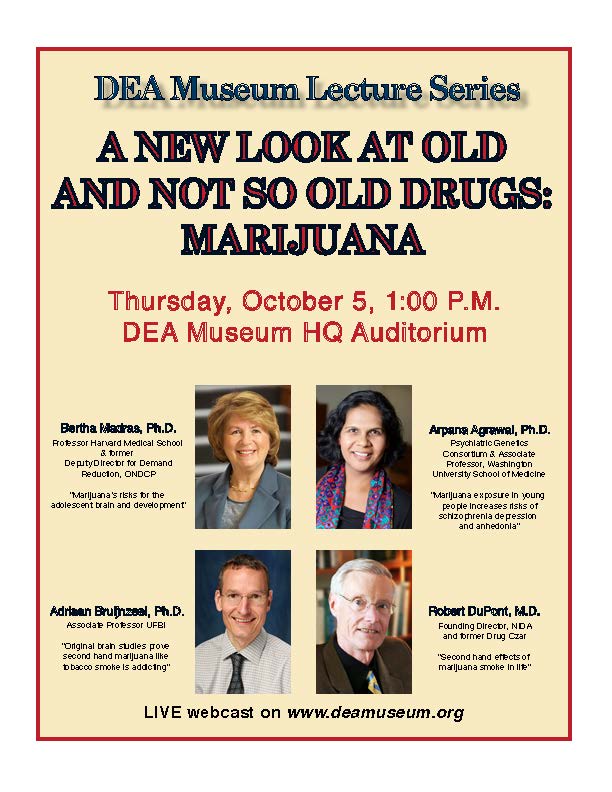