Another successful APA Annual Meeting on the books. This year the UF Department of Psychiatry sent 17 Faculty members, 18 Residents, and two staff members to the APA Annual Meeting held at the San Diego Convention Center. The Department had 12 posters and 13 presentations at this year’s meeting.

Some of the presentations by our faculty and residents that drew a full house were: 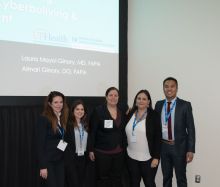 Bullying and Harassment in the 21st Century: Prevalence, Screening and Psychiatric Consequences of Cyberbullying and Online Harassment

Chief residents Chris Ong and Krista Pinard teamed up with child fellow Yuliet Sanchez-Rivero and attending Laura Mayol-Ginory to present their second APA workshop titled “Cyberbullying and Online Harassment Version 2.0: Update on Prevalence, Psychiatric Consequences, Screening, and Prevention.” Despite the early Monday morning time slot, our UF physicians spoke to a packed APA audience about the latest landmark cases, longitudinal studies, prevention strategies, and ever changing legislation related to electronic harassment. With the ever increasing media attention related to Cyberbullying as well as the psychiatric impact it has on both children and adults, our UF physicians look forward to part three of their ongoing lecture series at next year’s APA in New York City. 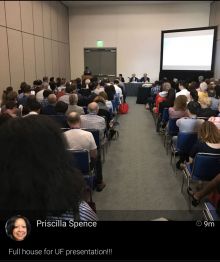 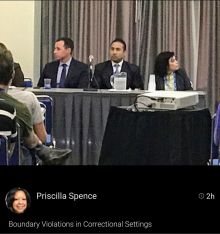 On May 22 at the APA Annual Meeting, Dr. Brian Cooke joined a panel of forensic colleagues from across the globe (Tampa, Lake Mary, Boston, Pittsburgh, and New Zealand) to present, “Boundary Violations in Correctional Settings.” The speakers addressed a variety of topics including historic research on guards and prisoners, the dangerous relationships that sometimes are formed in this setting, gender issues in corrections, and the potential role of subspecialty training in corrections. Dr. Cooke provided background information about the nature of boundary violations and boundary crossings, and he reviewed the challenges and opportunities to teaching these concepts in medical school and residency. 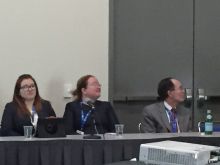 A Culture of Safety in Psychiatric Practice and Training: What it is, why it is Important and How to Create it. 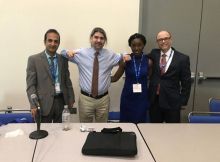 Neuromodulation Primer for Residents: An Introduction to ECT, DBS, TMS, tDCS, and MST

Check out all the photos from the 2017 APA Annual Meeting in our gallery: